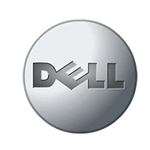 As well as this, all data is stored in two large network disk arrays. Data is automatically synchronised between the arrays so that in the event of an array failing the remaining array continues to serve data to the servers with no downtime.

Our backup procedure goes above and beyond the majority of web hosting companies.

Hurley Internet’s network operates on industry-leading network equipment from Cisco Systems. All our switches and routers are developed by Cisco. Our network is based on 10 gigabit technology, which means that it runs at a speed of 10000 Mb per second – most web hosting networks are limited to much less.

Our network also utilises 100% CAT6 network cable, which contains four pairs of copper wire and, unlike CAT5, utilises all four pairs. CAT6 supports Gigabit (1000 Mbps) Ethernet and supports communications at more than twice the speed of CAT5e, which is the other popular standard for Gigabit Ethernet cabling. 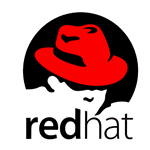 Redhat is the leading provider of Linux open source software. For many years now Redhat Linux has been the number one choice for web hosting companies, not just because of Redhat’s amazing scalability but also because of its track record as the most stable operating system available in the market today.

Our systems utilise the latest Redhat server technology to allow our servers to be continually up to date with Redhat system & security patches.

Unlike many of our competitors we run Redhat Enterprise Linux, the most stable release of Redhat Linux available and the only version that keeps completely up to date with security patches.

We use Microsoft Windows Server 2008 to power our Windows shared hosting platform.

Hurley Internet operates a multi-homed network utilising BGP4 technology. Simply put, we have multiple connections to the Internet with different backbone providers, should any connection fail our other connections automatically take all the traffic. Not only does this mean that we are very unlikely to lose connectivity to the Internet, but it also means that traffic moving to and from our network can choose from a range of paths to get to its final destination. This means that we have been able to configure the network always to take the fastest paths.